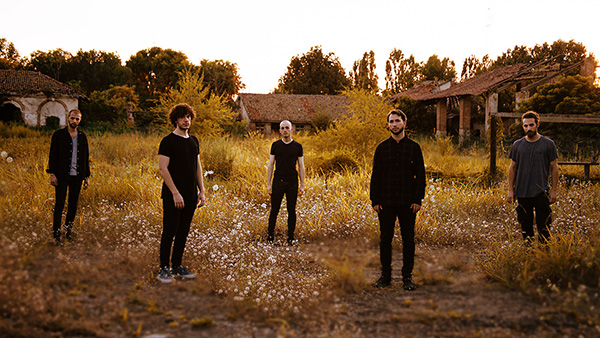 Milan, Italy – Eclipse Records is extremely excited to announce the signing of Benthos to an exclusive worldwide deal. The band is an experimental progressive metal band that combines ethereal atmospheric song structures with geometrically heavy riffs. Benthos was formed in 2017 by Gabriele Papagni and Enrico Tripodi who were both studying classical guitar at Italy’s largest music university, The Giuseppe Verdi Conservatory of Music. The band is gearing up to release their debut album II via Eclipse Records on April 23, 2021.

“While the world has been going through the Covid-19 pandemic, a veil of hope brings light to our dreams and it’s called Eclipse Records” says guitarist Gabriele Papagni. “They really welcomed us warmly and I’ve never been so excited as I am today! They are going to release our debut album around the world, and we are hoping to bring many new fans (along with current ones) on an immersive journey over the next several months!” Vocalist Gabriele Landillo adds, “I’m so glad to have signed with Eclipse Records! They have the task of spreading our music around the world and I’m sure, they will do the best!”

The band’s debut full-length album II is scheduled for release on April 23, 2021. Produced by Matteo Magni (Deep As Ocean, Anewrage) at Magnitude Recording Studios, and the album art was designed by Laura Salomoni. The album is a stunning debut by one of Italy’s most imaginative, daring progressive metal bands to hit the scene in recent years. See below for the full list of song titles. Pre-Save or Pre-Order the album at this location.