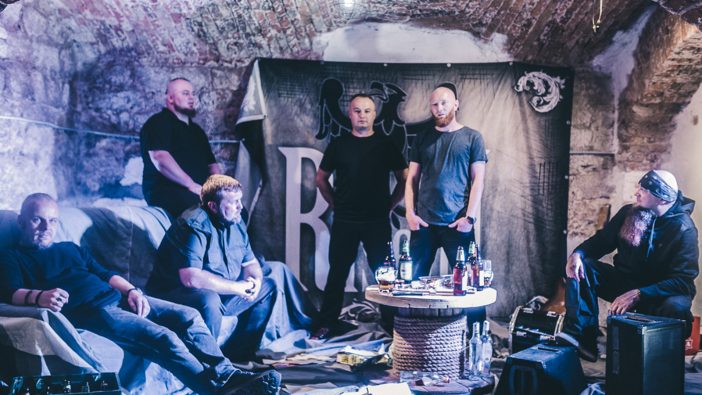 Groove-metal band RISEUP struggle between life, death and what lies beyond in their “Rise” music video

The new full-length album Destructive Machine’s Chilling Time 3:27 was just released this past week! Stream or download from top DSPs at this location

Groove metal band RiseuP have revealed a new music video for the song “Rise”. The video was directed by Marcin Szaraniec from Bridge To Horizon. Watch it right now at this location.

“Rise” is the third music video from the band’s debut full-length album Destructive Machine’s Chilling Time 3:27 which was produced by Arkadiusz Dzierżawa (Sandbreaker, Mors, Carura) at Lighthouse Audio. The album was released worldwide on August 6, 2021 via Eclipse Records. Stream or download the full album here.

“Rise is a very special song, because it describes the struggle between life and death that just about everyone in the world can relate to,” says vocalist Stanek. “ The morale of the story is however after all is said and done, the most important thing that matters is who you were to the people around you. What did you mean to your family, your friends and neighbors? How will they remember you? In the video we represent death as La Catrina from folklore revolving around Mexico’s Day Of The Dead. She eventually takes everyone into her kingdom and we learn that death is just another step in our journey.”

Destructive Machine’s Chilling Time 3:27 by RiseuP is an album that rocks the listener straight to the core. The first single “Jim B” offers the hooky chorus “Drink, drink, drink!” however, it also tells us that alcohol makes false heroes who overrate their own abilities. The second single “Prophecy” with its addictive crunch and pleasing guitar tremolo, alludes to scripture and our misinterpretation of both testaments, leading us to hypocrisy and fear as opposed to peace and enlightenment. “Rise” is the third single, and it features mechanistic super-drumming under an intricate triple-vocal that is masterfully delivered in different ranges of growl and traditional singing. The song suggests that the darkest moments we encounter in life can make us stronger by teaching us to be proud of the scars (physical or emotional) they cause. For more information on RiseuP, please visit them on Facebook, Twitter, Instagram, or Eclipse Records.

MICHAEL SCHENKER (MSG): a half century of immortality!